Baltimore is gearing up for their second inaugural art festival called Light City. Last year, CNN named this as one of the Top 16 Intriguing Things to See or Do in the U.S. Light City will return Friday, March 31 through Saturday, April 8, 2017. This free festival in Baltimore’s Inner Harbor will include 22 large-scale light art installations, 50 concerts, and 150 performances. Last year’s festival attracted over 400,000 visitors.

There will be artists from all over the world including the UK, France, Canada, Germany, Netherlands, and Israel. I was most drawn to the story of Palestinian-Lebanese visual artist alaa minawi. alaa took the time to share with me some of his inspiration behind his beautiful exhibit My Light is Your Light which will be displayed at Light City. I’ve interviewed many individuals over the years and his words are by far the most inspiring. If you are in the Baltimore area or can visit during this time I encourage you to see this tribute for refugees around the world.

What inspired your interest in becoming a lighting designer? Well it was all a coincidence, I never thought I would be in the theatre by any means. I was actually doing my Bachelor in Computer Science for three years and was about to graduate when suddenly I realized that I did not want to do this as a career for the rest of my life. I shifted to Radio/Tv/Film and then to theatre as a performer. I started playing with lights and suddenly every one wanted me to design the light for their plays. After three years of doing that, I found out that this magic called light is something that I would spend my whole life digging in. Somehow, Plato’s allegory of the cave had a huge impact on me in making this decision. The fact that what we see is not merely a reflection of things and understanding light may be,  makes me get closer to the truth of who we are, or at least I hope so. 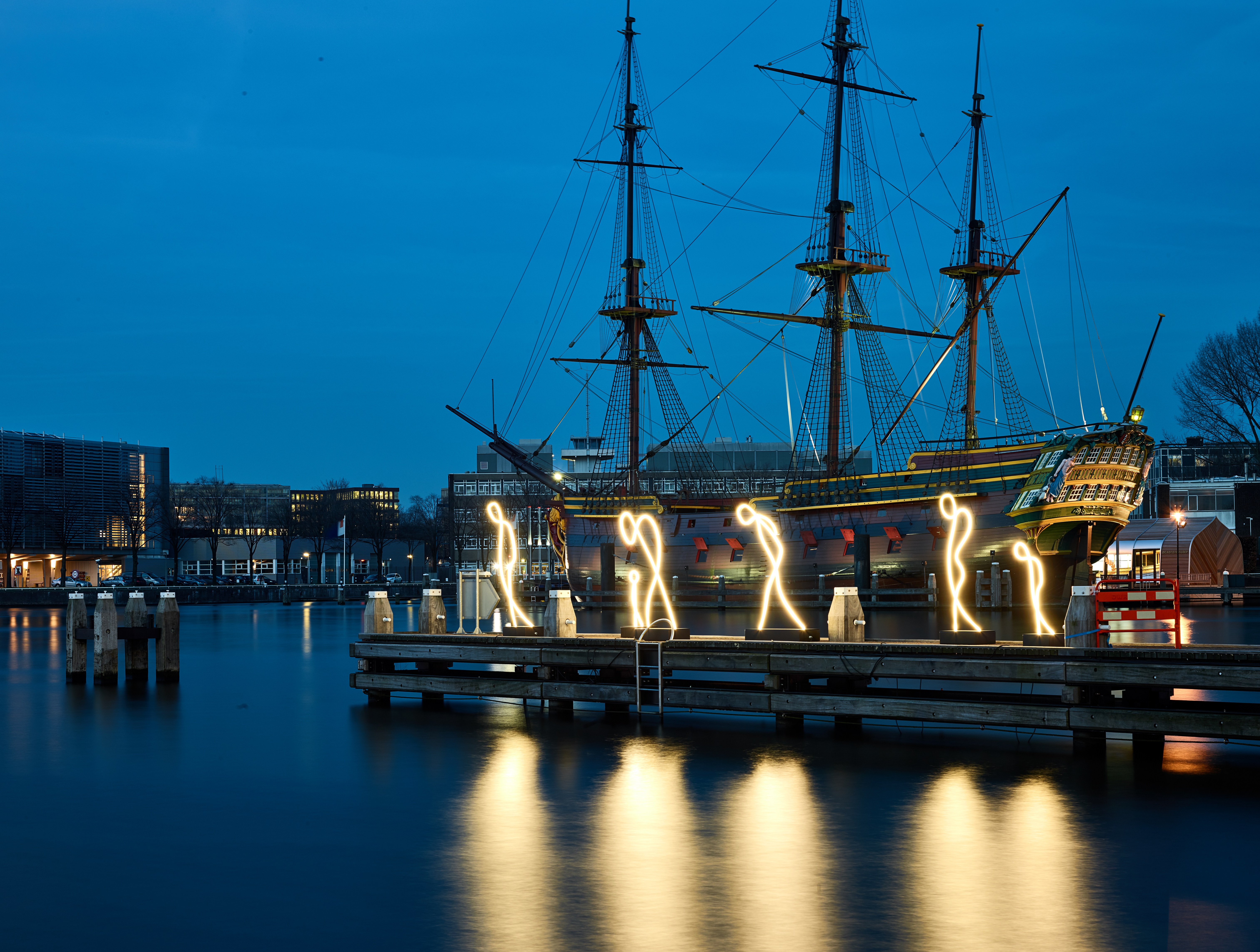 My Light is Your Light will be displayed at Light City Baltimore. What was your inspiration behind this project? My Light is Your Light is the closest and most genuine work to me that I have done so far. It came after working for more than four years as an interpreter for refugees in an organization named ICMC (International Catholic Migration Commission) which was an intermediary between the UNHCR and the US Embassy in Beirut. My job was to interpret the last interview between refugees applying for asylum to the USA and the DHS officer who is conducting the last interview with these refugees. After this, the decision of resettlement would be made. After interpreting for more than 1000 families and thus hearing their stories I felt the need to tell the world in an artistic form about the human crisis that is happening.

What has been your greatest challenge not only professionally as a lighting designer and performer but also personally? The greatest challenge would have been being patient in staying in what I do. It took a lot of time, effort, and sacrifices to stay as a lighting designer in Beirut. I started off as Palestinian and not known to anyone in the art scene. It was incredibly hard to have a door opened just to show what I can do. I worked for free or for symbolic amounts for many years so that I can have a chance of getting into theatre plays. That meant working many other jobs to pay the rent but I believed in what I wanted and I felt I had to keep persisting in doing it. Finally things paid off. That is why whenever I have the chance to help emerging talents in Beirut I do it because I just do not want them to go through the hardships I have been through. 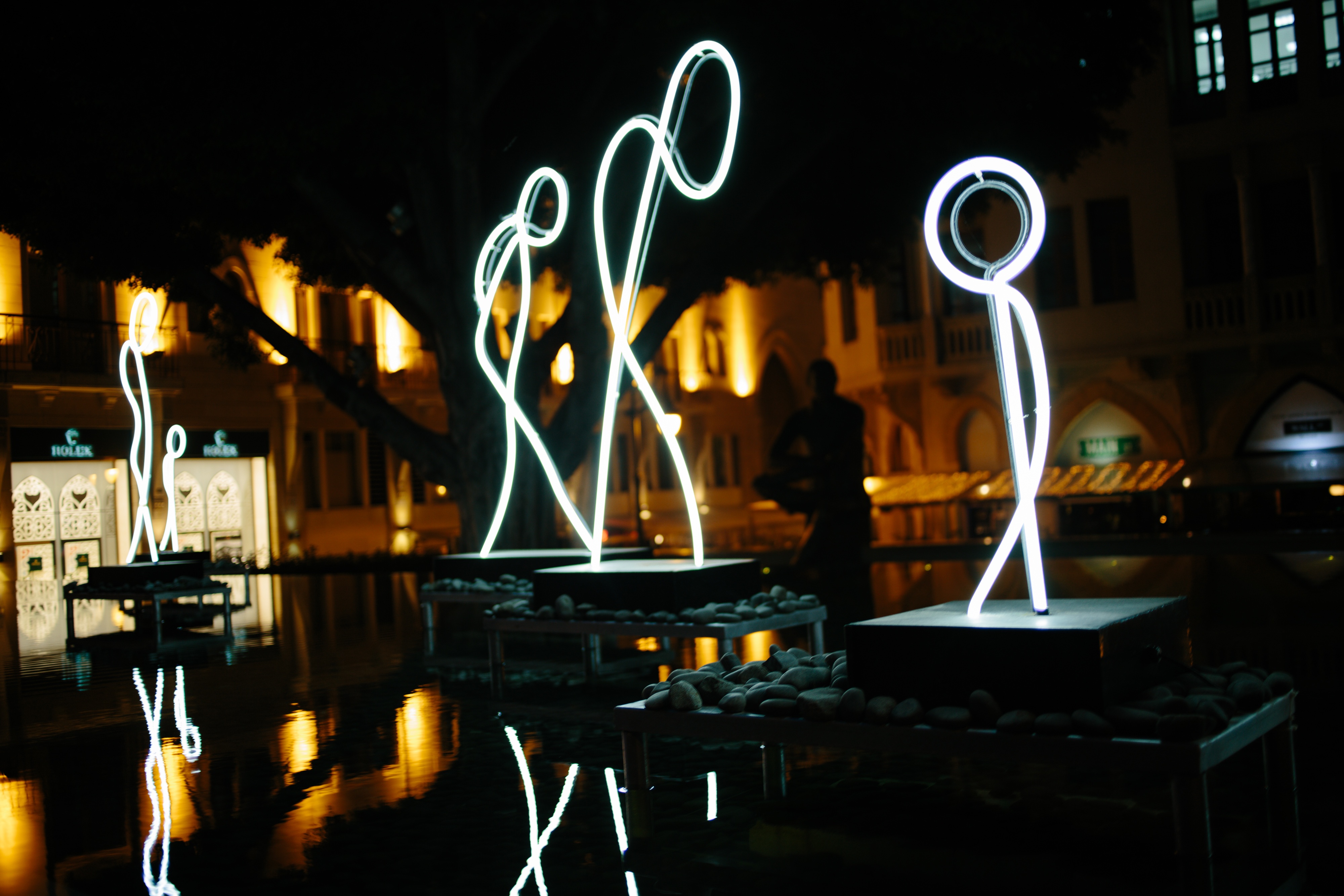 What was your greatest lesson during your time as an interpreter for refugees? There were so many things that I learned from each life story that I heard. One of the most memorable lessons is to be grateful for everything that I have in my life and that what ever I own may be gone in a second. It’s better not to cling to it too much and enjoy this minute I am breathing in with humility. Things get better. No matter what we go through and no matter how hard things seem at the moment things do get better, even if we do not see it at the time.

If you could leave one piece of advice for those who have struggled with similar challenges, what would it be? It will be hard but you will get over it. You will stand on your feet and you will make the best of this life. Just look at the people around you who love you. Look at the friends that you still have. Look at yourself and remember that we humans adapt and conquer circumstances. Do not allow the anger, the racism, and the hate speech to let you down. Make these sources and resources that will help you get stronger because there are others somewhere at sometime who are waiting to love you and stand by your side so hang in there. 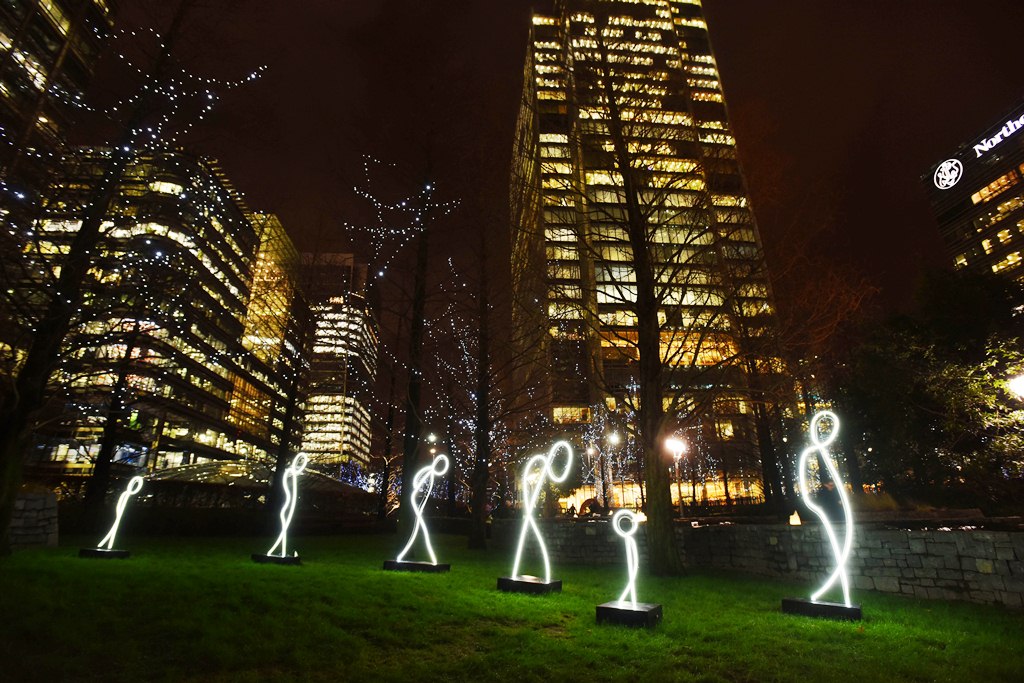 I love sharing inspirational quotes allowing the reader to truly think about their life, challenges, and accomplishments. What would you like to share with those reading this? Try to do good in this life as much as you can, in your work, at home, everywhere you can. It will come back to you and it will be rewarding. Always be strong and dream of the impossible because it can happen.

Any final words? The word refugee does not necessarily mean weak or broken. A refugee is a human being that has strength and weakness, has love and anger. He/She is a human being exactly like you. Exactly Like You, all they need is some empowerment and a chance and that is enough for them to shine. 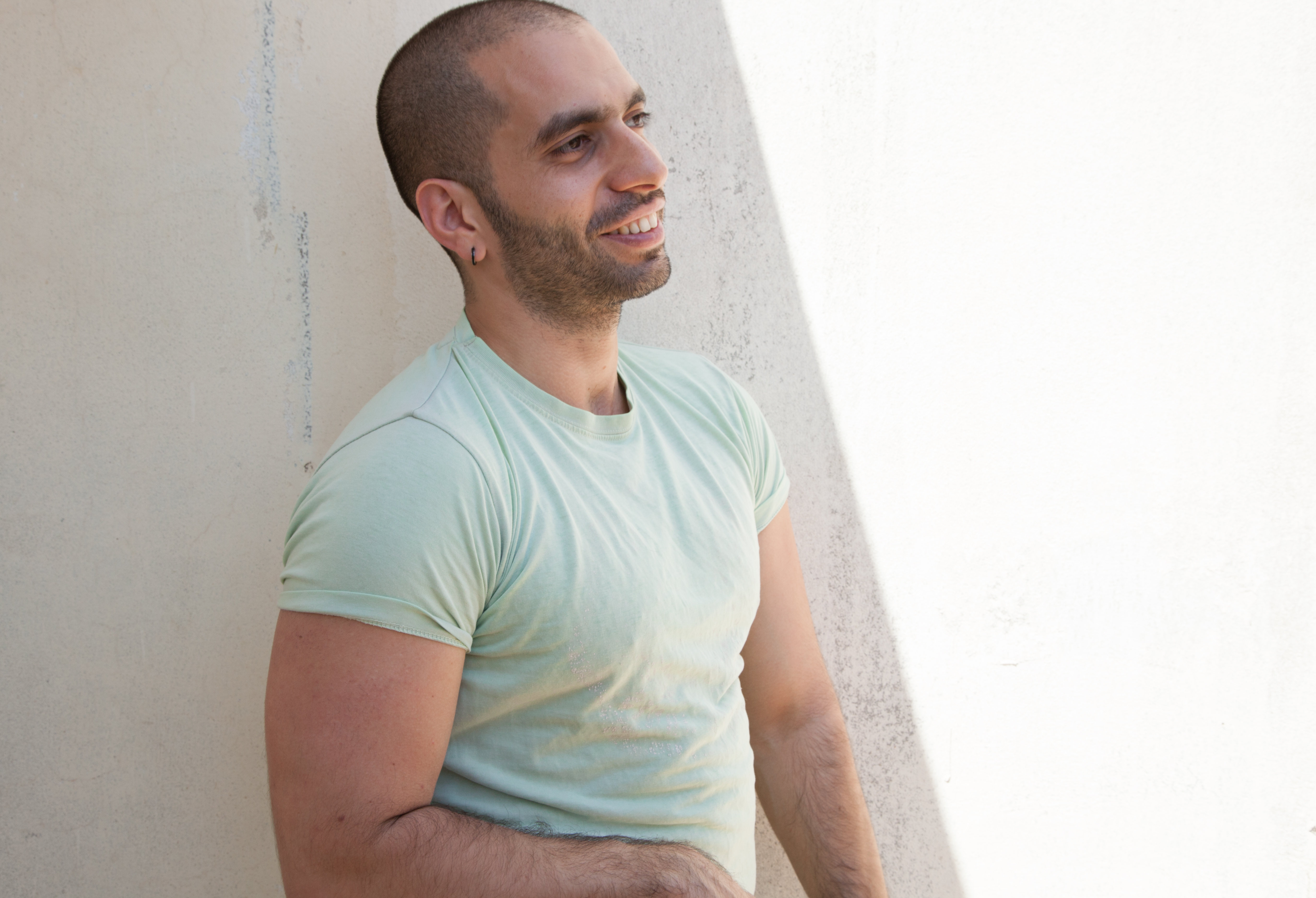 alaa minawi is a Palestinian-Lebanese visual artist. Since 2006, he has worked in more than 300 performances in Lebanon and the Arab world as a lighting designer, technical director, and performer. He has collaborated with many renowned artists.

alaa has a BA in Communication Arts from the Lebanese American University and is currently pursuing his masters degree in HKU in The Netherlands where his artistic research is around the subject of belonging. He attained a certificate to train in lighting design from the Royal Academy for Dramatic Arts.

Since 2010, alaa started experimenting with light sources in an attempt to understand their influence on stage and the surrounding. In 2012 he made his first sound and light installation [A Piano in my Pillow] with pianist Vladimir Kurumilian.

About Light City Baltimore: Light City Baltimore will return for its second iteration Friday, March 31 through Saturday, April 8, 2017. Over nine consecutive nights, the free public light, art and music festival will redefine what is possible in the public realm by transforming Baltimore’s Inner Harbor into a playground of 22 large-scale light art installations, 50 concerts and 150 performances.

Last year’s festival attracted 400,000 visitors putting Baltimore in the good company of cities like Sydney, Montreal, London, Amsterdam, Berlin and Lyon. Light City, which is uniquely Baltimore, allows local artists to stand should-to-shoulder with internationally acclaimed artists from the UK, France, Canada, Germany, Netherlands, Lebanon and Israel; providing American families a once-in-a-lifetime opportunity to experience a world-class art festival in their own back yard (or at least a quick plane, train or car ride away).

Highlights include a mini Light City for little ones; nightly themed kick-offs; a locally sourced food and beverage program; live nightly concerts featuring local, regional and national acts; an artist-in-residence program that extends the magic of Light City to eight distinct neighborhoods; and a “Brilliant Baltimore” initiative that will illuminate 62 of Baltimore’s most iconic downtown buildings and attractions to create a fully immersive city-wide celebration.