I attended my first TEDx talk several years ago in Charlotte, NC. The ideas and the accomplishments the speakers had were on another level. The chatter among the crowd between breaks proved they were just as impressed as I was. I left feeling empowered and my brain was spinning thinking of all the ways I could change the world. If only I could attend a TED talk every Monday morning to begin my week. Thanks to youtube, that’s not impossible!

Many of the TED speakers have traveled the world and have unbelievable stories to share. Here are 5 inspiring and thought-provoking TED talks about travel that will stir your soul and leave you ready to take on the world. 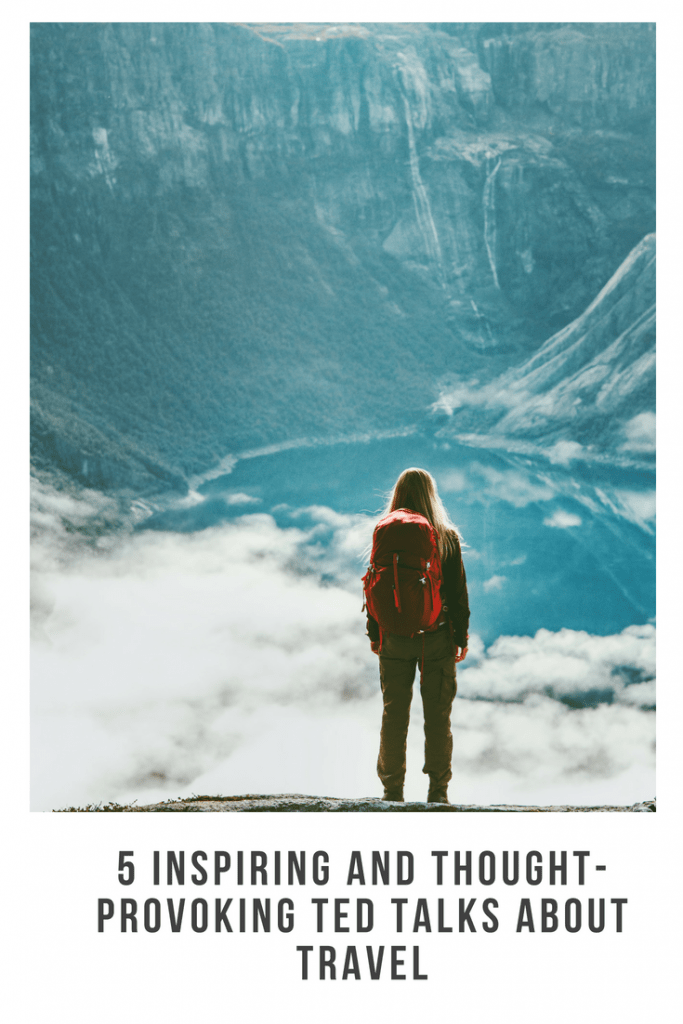 “Anything that is worth pursuing is going to require us to suffer, just a little bit,” says surf photographer Chris Burkard. This self taught photographer has traveled all over the world to remote and risky places to capture stunning surf images. His obsession with isolated beaches provides some of the most unbelievable photos I’ve seen and his story is worth hearing.

Robin Esrock presented one of my favorite TED talks ever and I’ve seen quite a few! He’s funny, engaging, and certainly knows how to tell a story. A few of my favorite quotes from Robin:
“People you meet create the paradise you find.”
“Wherever you are is where you are supposed to be.”
“People would rather help you than hurt you. Locals take great pride to show you their world.”
Traveling the world with almost no money may not be for everyone. However, this talk by Tomislav Perko is incredibly inspiring and he’s genuinely funny. A couple of lessons he learned during his time on the road is how important it is to preserve our earth and how travel helps tear down prejudice. Lessons we all need to be reminded of. Andrew Evans had a dream of going to Antartica. The journey taught him the true meaning of embracing the moment. Andrew says, “Travel is one of the greatest human freedoms ever.” So true! He also says “The best stories are the true stories. Don’t be a tourist. Travel more. Plan less.” I couldn’t have said it better myself.
Taiye Selasi made me think of identity on another level. In fact, her TED talk made me understand why I often have the feelings I am not ‘from’ places I was actually raised. Feelings that I belong elsewhere. She speaks on behalf of “multi-local” people, who feel at home in the town where they grew up, the city they live now and maybe another place or two.

If you ever have the opportunity to attend, or better yet SPEAK at, a TED event then I highly recommend it. You will walk away forever changed.

TED is a nonprofit devoted to spreading ideas, usually in the form of short, powerful talks (18 minutes or less). TED began in 1984 as a conference where Technology, Entertainment and Design converged, and today covers almost all topics — from science to business to global issues — in more than 100 languages. Meanwhile, independently run TEDx events help share ideas in communities around the world.

Visit.org and Musement Launch Eco-Friendly Travel Experiences Around the World