Every Child Deserves a Shot@Life

Did you know that 1 in 5 children around the world do not have access to the vaccines that they need to survive? This leads to a child dying every 20 seconds from a preventable disease. Let that sink in for a moment. A child dies every 20 seconds because they lack access to vaccinations that many of us take for granted. This is where Shot@Life comes in. They are a United Nations Foundation Campaign that educates, connects, and empowers individuals to champion global vaccines as a way to save lives of children in developing countries. These global vaccine programs are less than 1% of the U.S. budget and with something that sounds so small, it’s making a massive impact. Thru the work of those at Shot@Life, over 2.5 million lives are saved every year.

When I was approached about becoming a Champion and attending the Shot@Life Summit in Washington, D.C. I quickly agreed. I love becoming apart of new organizations and learning about new causes. My greatest passion is serving in any way I can. I really don’t think I was prepared for what was to come from the summit. I didn’t realize how much I would learn and the kind of relationships I would build. 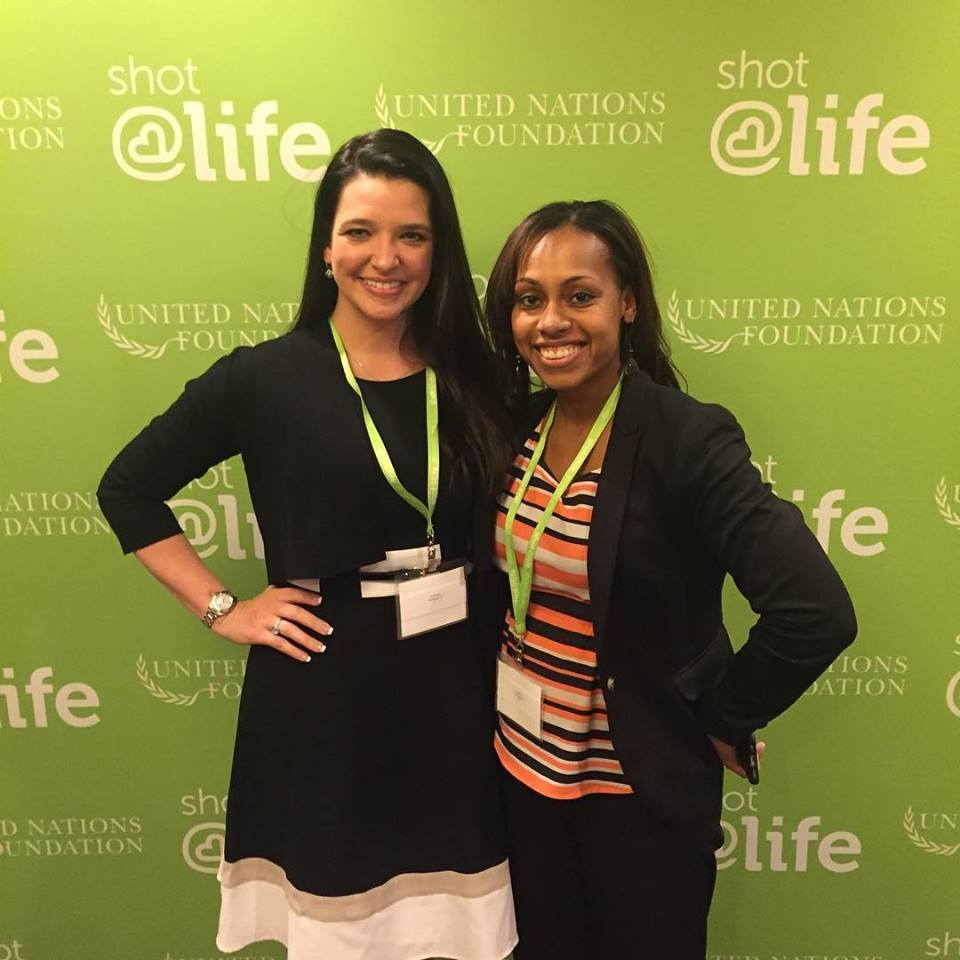 Me with my roommate Arianne

On day 1 of the Summit, no time was wasted. I met my roommate, Arianne, who lives in Atlanta and we made our way down to the meeting rooms. We immediately began our training learning about vaccines and advocacy. Looking around the room and listening to the speakers I quickly learned that I was among some very intelligent and very important people. Not only did we hear from Shot@Life Champion Leaders but we heard from those representing the UN Foundation, CDC, GAVI, Deputy Minister and Chief Medical Officer in Liberia, UNICEF, RESULTS, Better World Campaign, and the American Academy of Pediatrics. 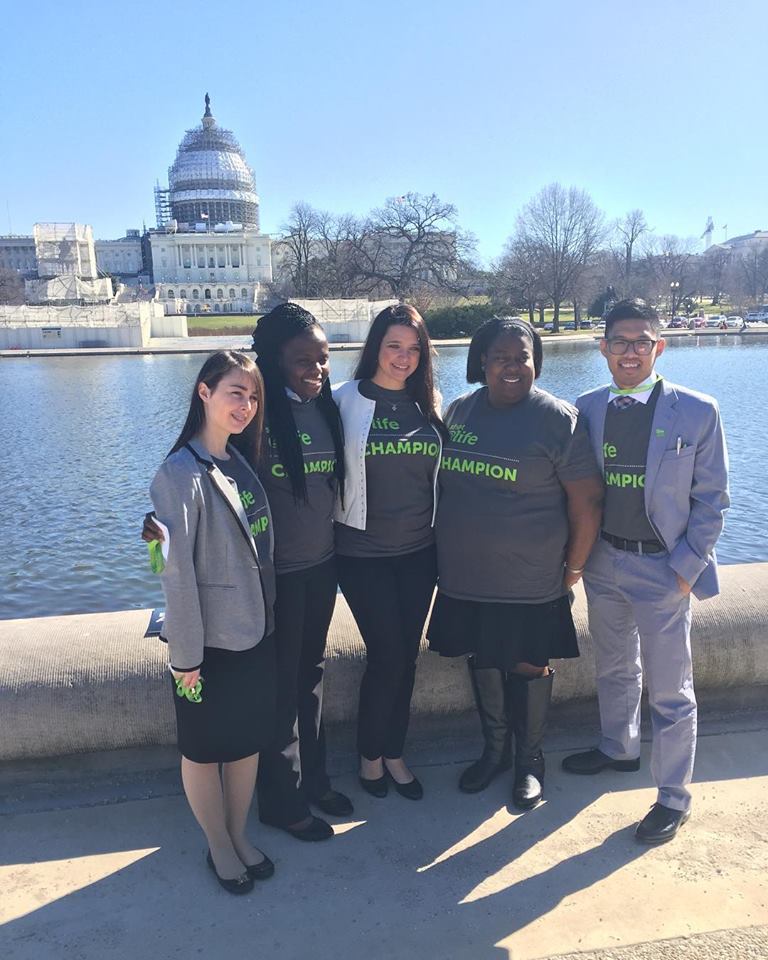 I was really excited about day 2. We were going to have the opportunity to meet with our Senators and Representatives from our States thru meetings Shot@Life scheduled. Surprisingly I didn’t feel nervous but just full of pure excitement. Many don’t know that I attended college for Global Business and Public Policy. While I didn’t graduate as life took me on an unbelievable different path….. That passion still lies within me. Walking thru the halls of Congress was an incredible feeling especially knowing I was there for a purpose. A great one. 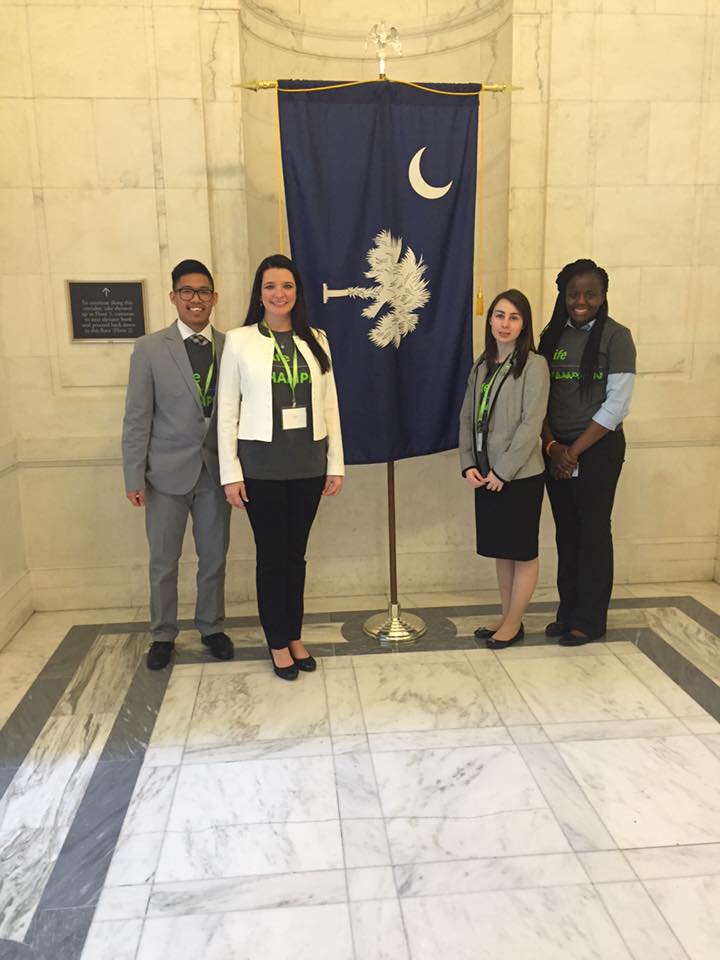 I had the concern that we may have to plead our case in some of our meetings. You are asking for a large amount of funding for an issue that many don’t think about on a daily basis. Nothing can be ‘that’ easy for us all to agree on an issue. But surprisingly everyone my group met with was so amazing! They are humans after all and understood the importance of our global vaccination efforts. Our South Carolina Champion Leader Yolanda Gordon has spent a great amount of time building relationships with not only the Senators and Representatives but also the staff in these offices. She really is a pretty incredible advocate.

Other than saving lives which is the obvious reason, why else are we pushing Congress to support these efforts? Think about this-Disease knows no borders. So by preventing diseases overseas, we are also protecting those in the United States. 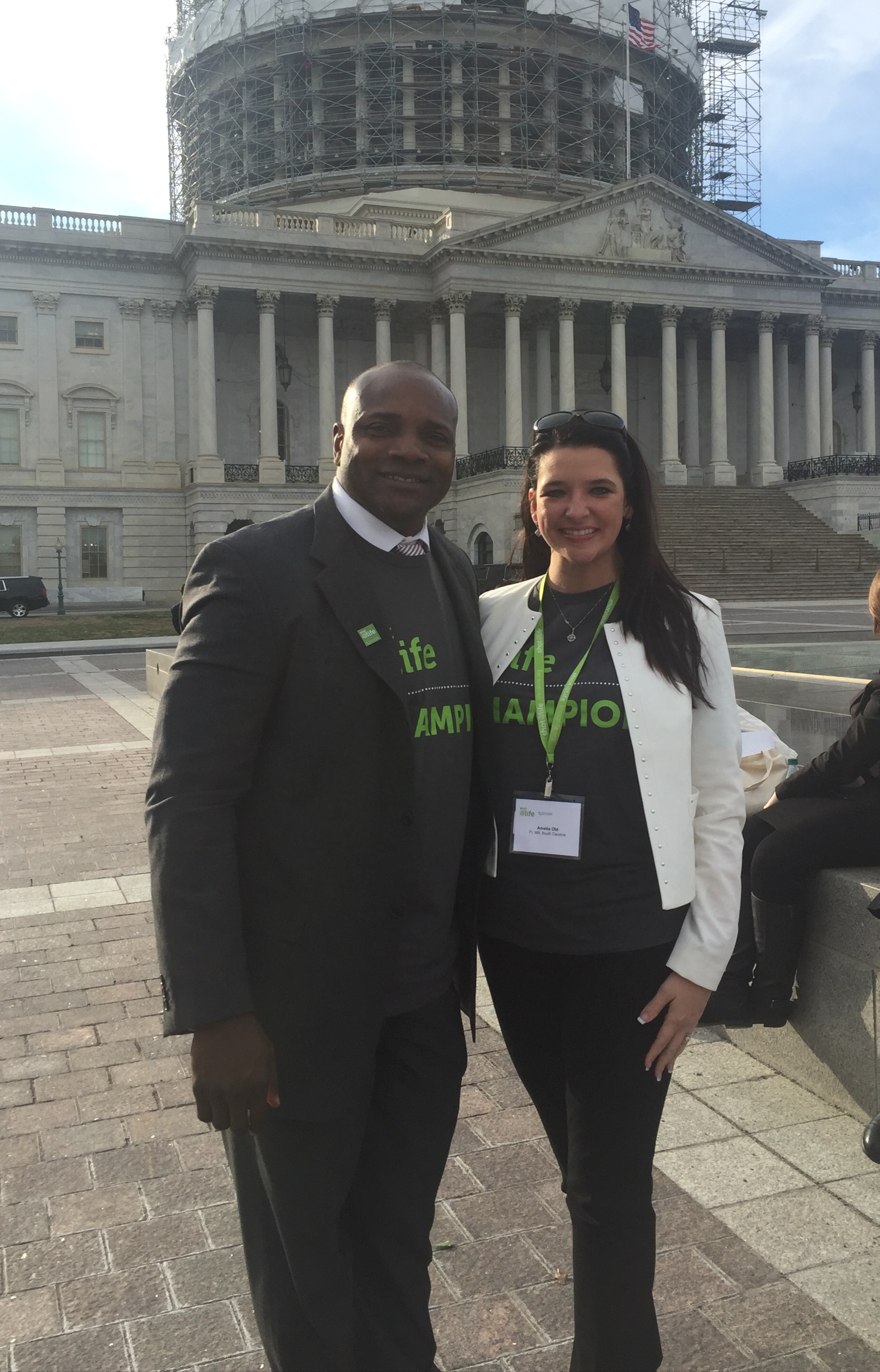 During our Capitol Hill day, I met Paralympian Dennis Ogbe. His website says he’s been called ‘Man of Steel with a Heart of Gold’ and I can certainly see why. When he was three years old he contracted Malaria and later on Polio which left him paralyzed from the waist down. With pure determination, he was able to regain movement in his right leg. In 2012, after becoming a U.S. Citizen, he represented the United States at the Paralympic Games. He’s a family man, a career man, and an athlete. And when he’s not the above he’s an advocate for all the children out there who deserve a chance to live.

We shouldn’t punish the children who weren’t fortunate to be born with the privilege many reading this have. That’s why I will continue to walk with Shot@Life in this journey as long as they’ll have me. 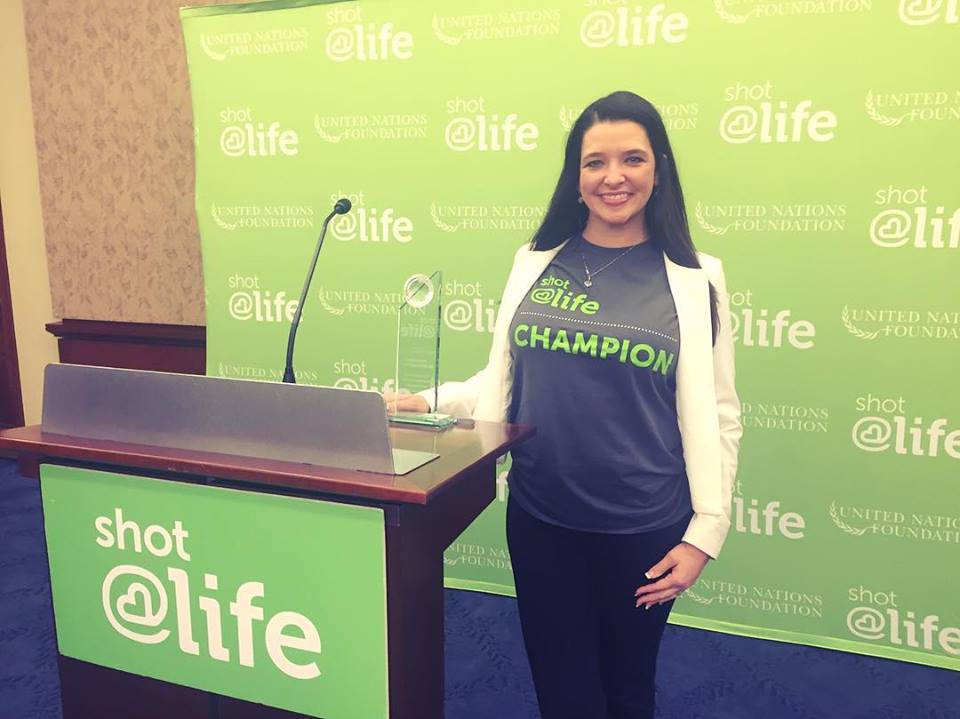 This experience was an incredible one for me. It’s taken me two weeks to write this to find the right words to express my feelings about this cause and this campaign.  If you are in the Charlotte area-let me know. I’d love to meet with you to show you what you can do to get involved with Shot@Life. If not, I’ll Skype with you. I’ll email you. I’ll call you. Get involved. It doesn’t matter your age, your career, or even your political stance. You just have to have the heart to save lives.

I’ll close with this. During one of our dinners, we were able to hear remarks from the Former U.S. Ambassador to Haiti-Pamela White. She told us that mothers walk for two days just to get to a tent that may be offering immunizations. 48 hours to get to something we can drive in 5 minutes. And just as we’d hold up our child’s college degree with pride, she holds up her pink slip with joy and most likely relief in her eyes.

This means that her child will have a chance to live….a Shot at Life.

10 of My Favorite Travel and Inspirational Quotes